For the past several years, Mali has been facing multiple challenges related to chronic (poverty, lack of basic services) and cyclical factors (crop loss, conflict).

The political crisis in 2012 has particularly affected the North of the country, leading to insecurity, displacement of populations (86,000 persons are estimated to have fled due to conflict), the destruction of public infrastructures and private goods. Among other, water infrastructures have been severly damaged during this crisis and require imminent rehabilitation to ensure affected communities living in these areas or planning to return continue having access to safe and sufficient water.

To inform water infrastructure rehabilitation programs by international aid actors and municipalities, aiming to improve water standards for affected local and displaced communities, IMPACT partnered with UNICEF to analyse the situation of access to water for households living in the three northern cities of Kidal , Timbuktu and Gao.

The study was conducted between August and December 2014 and aimed at better understanding the vulnerabilities and needs related to access to water, in order to inform the identification of priority interventions. Thus, the assessment focused on establishing a socio-economic profile for each of the three cities, identifying different profiles of urban areas (richer and poorer neighbourhoods, etc.); estimating the capacity of the public network to meet the water needs of the population in these different urban areas; and examining the general characteristics of access to water in these three cities and the different profiles of users.

The assessment findings pointed out significant spatial and social differentiation of different population groups in the three assessed cities, highlighted by all indicators, including those related to access to water. Access to water remains below Sphere standards for at least half of the population, especially regarding the quantity of water that is being consumed, the time required to access the source, the long distances from water points and the quality of the water. 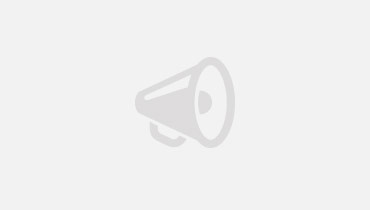 Niamey: IMPACT and ACTED teams pay tribute to their friends

Geneva It is with profound grief that we confirm the death of seven of our colleagues as well as their guide in Niger who were senselessly and cowardly murdered by armed individuals in the Kouré area, south-east of Niamey, on August 9th 2020. IMPACT Initiatives and ACTED condemn in the strongest terms the senseless and […]

Up-to-date data collection efforts and analysis are critical to ensure humanitarian action is targeted effectively and the most vulnerable populations prioritized in the COVID-19 response. Data and analysis are needed to ensure new regions or countries affected by the crisis are monitored closely. In many countries IMPACT, notably through its REACH initiative, has been contacted to provide this support.