Southern Idleb and northern Hama governorates, part of the last opposition-held territory in Syria, have seen a renewed escalation of conflict starting from the end of April. The most recent escalation is one in a series to take place since the announcement of a demilitarised zone in the area in September 2018. Due to the intensity of conflict and the seizing of key opposition-held areas in Hama, the ongoing clashes could develop into the long-anticipated final offensive which is feared to spiral into one of the worst humanitarian tragedies of the 21st century.

The assessment covered 122 communities in southern Idleb and northern Hama. Have a look the full report here.

Since the last week of April, shelling, airstrikes and ground-based conflict have intensified endangering the safety of already vulnerable people and leading to mass displacement in southern Idleb and northern Hama located in northwest Syria. Following the rapid deterioration of humanitarian conditions in the region, REACH carried out a rapid needs assessment to outline humanitarian needs, protection risks and expected levels of displacement driven by the violence.

The assessment confirmed the severe challenges residents and displaced populations are facing. The escalation of conflict is taking place in opposition-held territory, meaning that people have limited options in seeking safety from clashes. The capacity of camps to provide shelter has been strained and the situation has taken a serious toll on humanitarian access, leading to extreme shortages of much-needed aid.

“The renewed intensification in conflict has driven thousands of already vulnerable people from their homes to locations and areas where the capacity to accommodate new arrivals is extremely limited and the availability of basic services and food scarce,” REACH country coordinator for Syria, Nanki Chawla says.

REACH has been monitoring conditions and displacement in Idleb and northern Hama since May 2018 and has repeatedly reported severe humanitarian needs in the course of the year. The frequency of shelling and bombardment and the limited time for recovery have resulted in a further exacerbation of the coping capacities of communities residing in the region.

The continuation of violence has also resulted in severe limitations for the humanitarian response carried out in Idleb and Hama, and humanitarian workers themselves have been displaced and forced to cease operations. In an area where food aid is a significant source of livelihood for displaced populations, the restrictions faced by humanitarian actors have direct consequences for the daily lives of conflict-affected people.

“With a population that was already highly dependent on humanitarian aid prior to the most recent escalation in conflict, humanitarian conditions have deteriorated rapidly and needs have skyrocketed at an equal pace. People are urgently in need of humanitarian assistance, which cannot be delivered right now due to the high intensity of violence. If the current developments continue, we will indeed be seeing an immense humanitarian tragedy involving scores of civilians,” Nanki Chawla says.

On Friday 17th, OCHA Under-Secretary General Mark Lowcock briefed the United Nations Security Council and noted, that the fears of the worst humanitarian tragedy of the 21st century taking place in Syria is one step closer to coming true.

About REACH and IMPACT Initiatives

IMPACT Initiatives is a leading Geneva-based think-and-do tank that shapes humanitarian practices, influences policies and impacts the lives of humanitarian aid beneficiaries through information, partnerships and capacity building programmes. IMPACT’s teams are present in over 20 countries across the Middle East, Latin America, Africa, Europe and Asia, and work in contexts ranging from conflict and disasters to regions affected by displacement and migration. Most of the work done by IMPACT is carried out through its humanitarian data and information initiative REACH.

REACH facilitates the development of information tools and products that enhance the capacity of aid actors to make evidence-based decisions in emergency, recovery and development contexts. The methodologies used by REACH include primary data collection and in-depth analysis, and all activities are conducted through inter-agency aid coordination mechanisms. REACH is a joint initiative of IMPACT Initiatives, ACTED and the United Nations Institute for Training and Research – Operational Satellite Applications Programme (UNITAR-UNOSAT). 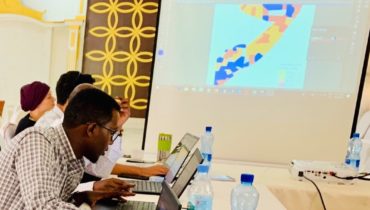