Half of the global population now live in urban areas, as opposed to a third in the 1950s. Given the current pace of urbanisation, this figure will continue to increase, particularly in lower-middle-income countries. This fundamental demographic shift is altering the lives of millions and is producing new challenges for humanitarian actors responding to crises in urban settings. How to address these challenges is the primary question tackled by the Global Alliance for Urban Crises.

In order to reach its goal, the Global Alliance promotes a collaborative approach to urban crisis prevention and response, serving as a platform to share evidence, tools and knowledge. In support of this, James Schell, the urban and settlements program manager at IMPACT Initiatives, has been assisting the work of the Global Alliance as its Secretariat Coordinator.

“Humanitarian agencies remain predominantly structured to operate in ‘traditional’ camp-like, sparsely populated contexts,” Schell highlights. “This is problematic because a typical response to a humanitarian crisis in a settlement is very distinct from what would be appropriate for a town or a city.”

Since taking on his role with the Global Alliance, Schell has contributed to the development of a framework aimed at bridging the informational, structural and contextual knowledge gaps that humanitarian actors suffer from when planning interventions in urban areas. The Global Alliance framework is thus composed of four strategic priorities aimed at providing guidance on how to successfully approach urban crisis prevention, response and resilience. Before moving on to illustrate how the alliance harnesses this process, it is of utmost importance to have a look at why.

Tackling the issue: a global priority

The primary factor as to why urbanisation is gaining traction on the agenda of humanitarian agencies is related to the number of people involved with this phenomenon. By 2050, 70 percent of the world’s population will be living in urban areas, and accelerated urbanisation is particularly defining the reality of many lower-income countries where urban populations have grown by 300 percent in the last 40 years. Urban poverty is concentrated in fast-growing and mostly unplanned informal settlements.

We also know that over 75 percent of all refugees and internally displaced persons now relocate to urban settings. In effect, this means that addressing their needs is no longer channelled through traditional approaches which humanitarians are used to operate, such as in camps and settlements.

Data extracted from the Population Division of the United Nations Department of Economic and Social Affairs shows the accelerating pace of urbanisation.

These factors underpin the importance of gearing humanitarian action and preparedness to adjust to the reality of urban crises and contexts. In order to provide a clear path for better responses, the Global Alliance has identified four strategic priorities:


“Effective and targeted action starts with informed decision-making. And informed decision-making starts with having all the actors on the same page,” explains Schell. To achieve this, the Global Alliance advocates for the use of urban profiling; a collaborative process through which aid actors jointly collect and analyse data on the very specific conditions of an urban area, and on the needs and vulnerabilities of its population. Enabling data collection through collaboration between all responding actors implies that all actors endorse the data, and understand the needs and priorities it highlights.

“The strength of this approach is that it priorities people and places most in need. More importantly, urban profiling creates a shared understanding among humanitarian partners. This in term paves the way for more contextualized and complementary responses,” Schell elaborates.

Once a joint assessment of the situation has been reached, collaboration across sectors and actors can be built more efficiently. Hence, the Alliance encourages a stronger engagement between humanitarian actors and their local counterparts, such as municipal governments, local NGOs and community leaders.

“Humanitarians do not always arrive with an intrinsic understanding of the complex dynamics and fragmented governance structures of the given urban settings. Simultaneously, local authorities are often equally unfamiliar with the mechanisms of international aid. This can undermine the overall impact of their respective actions,” illustrates Schell.

Schell has witnessed examples of the positive impacts linked to this collaborative process. A project carried out by IMPACT Initiatives in partnership with the Kampala Capital City Authority helped the municipal actor to create a refugee response plan, based on the data provided by IMPACT, and this significantly improved the response to the urban displacement crisis there.

The Global Alliance also urges humanitarian actors to better mobilize urban expertise, meaning getting the right people to work within their respective expertise. This work consists of developing and working with global, regional and national rosters to facilitate the deployment of urban planners, managers and technical experts to places where they are most needed.

“Many rosters exist, with competent staff. However, such technical staff are often unfamiliar with the complexities and the challenging realities of working in urban crises. The development of the Urban Competency Framework, led by RedR, is one clear step in the right direction,” Schell specifies.

In addition to equipping responders with approaches, tools and networks, the Global Alliance also promotes a long-term approach. Whilst response is usually guided by the urgent goal of saving lives, what follows needs to incorporate a sustainable response and the integration of affected populations at the centre of planning.

“When displacement occurs in the context of an urban crisis, national authorities still have a tendency to treat the displaced communities as temporary, responding only through short-term measures. However, in reality, many displacement situations become protracted in nature,” Schell explains, referring to recent examples ranging from Kampala to Afghanistan to Turkey.

Efforts to improve urban displacement therefore need to be directed at integrating internally displaced persons and refugees into urban life as quickly as possible. This is not only a necessity to support newcomers in sustaining themselves. It is also an effort aimed at bridging the gap between displaced populations and host communities.

The fourth and final strategic priority identified by the Global Alliance is the importance of building urban resilience. This priority rests on the notion that real progress towards improving response to urban crises can only be achieved by fostering long-term resilience perspectives and in doing so reconciling today’s needs with tomorrow’s.

“Local authorities will be at the forefront of implementing changes to urban crises management. It is thus vital that local authorities are actively engaged in humanitarian decision-making at the highest level,” Schell highlights.

Beyond scratching the surface

So far, the Global Alliance has made steady progress. By proactively reuniting humanitarian, development, local authority and built environments communities under the same goal, the Global Alliance is provoking discussions that were not occurring three years ago. “For systemic change to occur, we need good practices and stronger engagement between local authorities and humanitarian responders to become mainstream. If we do not achieve this, we are merely scratching the surface,” Schell reminds.

For more information about the Global Alliance for Urban Crises

To advocate for this approach, the Global Alliance, in partnership with ALNAP, is currently delivering a webinar series on urban crises. The series called “Towards stronger urban crisis prevention, response and resilience” will introduce key topics, discuss current research, showcase field-level examples and share lessons learned with participants. 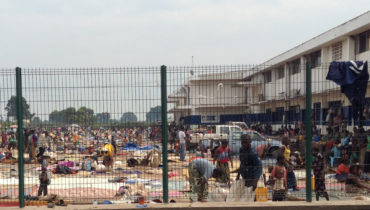 Bangui, the capital city of the Central African Republic, is slowly emerging from the onset of a major crisis sparked in 2013 by the ousting of President François Bozizé. Seven years later, IMPACT, via its AGORA initiative, is working within neighbourhoods to support local actors towards recovery. 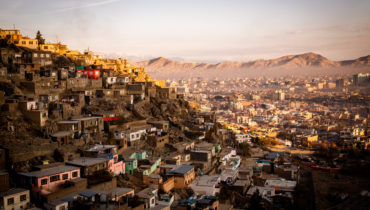 IMPACT Initiatives and UNHCR are joining forces for the UNHCR-NGO annual consultations and facilitating a workshop on area-based assessments, their use, strengths and weaknesses. Join us for an engaging session that will place you in the heart of urban refugee response planning.