FIRST 100 DAYS OF THE UKRAINE WAR

As conflict in Ukraine continues, the gravity of the humanitarian situation is clear. People in areas directly affected by conflict are in immediate need of life-saving support, lacking food, energy, utilities, and facing a breakdown in the provision of basic services. They also face the risk of environmental disasters because of proximity to hazardous infrastructure (such as energy producing facilities and transit infrastructure), a risk that extends well beyond conflict-affected areas.

As of 25 April 2022, almost 4.6 million people are estimated to have fled Ukraine and many more are internally displaced, including an estimated one million children. The vast majority of the displaced are women, girls and boys. Some will be staying in neighbouring countries, many more are likely to continue their journey onwards to Western Europe and elsewhere.

A large humanitarian response is scaling up inside Ukraine, at border points and countries of first arrival, and throughout final destinations of refugees. Civil society, donors and international organisations scaling up are all contributing resources to help crisis-stricken populations.

Information will play a key role in the coordination and planning of this large and complex humanitarian response. Both within and outside of Ukraine, the right data and information products are required by humanitarian actors in a timely and predictable manner. To contribute to a better understanding of the crisis, starting on February 25th, IMPACT has disseminated a number of information products on a daily basis, which are becoming central documents in the response.

You will find on this page the most recent research outputs related to the situation of IDPs in Central and Western Ukraine, to the impact of the conflict on the living conditions in Ukraine, to the refugee humanitarian situation in neighbouring countries and to migration trends from Ukraine.

REACH is providing regular updates on the distribution, number and profiles of displaced populations in Central and Western Ukraine as well as their needs to support humanitarian response to IDPs in collective centres and host communities.

The map shows both the estimated IDPs by IOM in Ukraine as well as the subset number of IDPs reported by the 12 oblast administrations as of 21 April 2022. Indeed between 9 March and 21 April, IOM conducted a representative survey of the general population in Ukraine to gather initial insights into internal displacement and mobility flows, while the Displacement Tracking Matrix is being set up and yet to be completed given the complexities of the current operational context. The results of the survey were presented to the Protection Cluster, UNHCR, REACH and OCHA, and after a collective review of the methodology and findings, the group agreed that the figures provided by IOM are a good representation of the scale of internal displacement in Ukraine – calculated to stand at 7.7 million internally displaced persons in Ukraine as of April 21st of which 1,784,802 IDPs reported by the authorities. Under the auspices of the Protection Cluster, IOM, REACH, UNHCR and OCHA agreed to continue working together and jointly reviewing IDP figures as new data sources become available, to ensure the humanitarian community receives credible and harmonized population figures for IDPs in Ukraine.

Since the escalation of conflict in February 2022, over 7.14 million people have been displaced internally throughout Ukraine. Since the beginning of April, shifts in military trends have led to a second wave of population movement out of Eastern Oblasts, including Donetska and Luhanska, as well as Kharkiv and Mariupol, largely toward the direction of Dnipro. On 7th April 2022, the Mayor of Dnipro urged women, children and elderly new arrivals to move onwards from the city of Dnipro, in the light of the threat of conflict. As a result, key Internally Displaced Persons (IDPs) arrival hubs and transit hubs in Central and Eastern Oblasts are seeing an increase in new arrivals, often in areas which were already overwhelmed by the arrival of previous waves of IDPs since the beginning of the conflict. In order to support the provision of humanitarian assistance to populations recently evacuated from the East of Ukraine and to better understand the situation in their areas of origin, REACH conducted a Rapid Assessment through 18 Key Informants Interviews with aid agencies, local authorities and collective site managers in Vinnytsia, Kropyvnytskyi, Cherkasy and Dnipro between April 09 and April 14. Key Informants report that new arrivals are disproportionately women and children, as well as elderly people and persons with disabilities, often from under-privileged socioeconomic background. Current arrivals are reportedly those who were reluctant to leave during previous phases of the crisis due to lack of financial means to resettle elsewhere, or mobility impediments, as well as isolated persons. As of April 15th, KIs in Dnipro were reporting a reduction in numbers of arrivals from the peak observed during the previous week, which is attributed to the attack on the Kramatorsk train station on April 8th, the subsequent drastic reduction in train evacuation routes, and to reluctance to move. Further peaks of arrivals are nevertheless expected as conflict develops.

REACH is also capturing insight on returns back into Ukraine through interviews from our bordering monitoring teams coupled with data from the Western Border Guard of Ukraine on Ukrainian nationals crossing into Ukraine from March 1st to 28th of April.

An overview on the situation of IDPs in Lviv and Chernivtsi, based on Key Informants Interviews, secondary data and observation will hopefully contribute to an understanding of the systems that are in place to support IDPs.

REACH also supported the CCCM Cluster in mapping IDP site locations and consolidating a list of 1,427 sites across the country, with the intent of establishing regular monitoring at site level. Find here the first IDP Collective Sites Mapping in Ukraine as of 28 April 2022.

Accessible parts of Ukraine are already under severe pressure due to the very large IDP influx and shock to the financial and market systems. In order to prioritise the right humanitarian response, it will be key to monitor the evolution of the situation in terms of humanitarian needs and markets.

At the request of the Inter-Cluster Coordination Group (ICCG), a Rapid Needs Assessment (RNA) was launched with the support of REACH in order to inform humanitarian actors responding to the displacement crisis. You will find below the findings for Western Oblasts, Northern Oblasts, Central Oblasts, and South-Eastern Oblasts.

Following up on the first round in March, the second round of REACH rapid assessment for online availability mapping of food and NFIs in supermarkets across Ukraine shows that the availability of food and NFIs has markedly improved in the Western part of the country according to the online database of supermarket ATB. The online database is no longer accessible for stores in many oblasts directly affected by conflict. This could mean a deterioration in functionality. The ATB website reports they have closed some stores in areas affected by conflict. At the same time, anecdotal evidence suggests some supermarkets in Kharkiv remain open and are stocked. ATB supermarkets seem to experience more challenges in stocking food items compared to NFIs. NFIs remain largely available throughout oblasts surveyed, including those that are adjacent to hostilities.

Understanding the impact of the conflict on living conditions in Ukraine

Night-time luminosity analysis has been conducted to better understand the impact of hostilities on densely populated urban areas in Ukraine. The analysis undertaken on luminosity emanating from affected cities and their surroundings before and after the escalation shows a decline in lighting intensity between mid-February and mid-March.

An initial analysis was done to highlight the impact of conflict on agricultural production, focusing on wheat and barley. In total, prior to February 24th, oblasts directly affected by conflict accounted for 45.7% of Ukraine’s cropland area, affecting in particular local and global wheat and barley supply.

In particular, IMPACT produced a brief on the impact of conflict on sunflower production, corn production for the Ukrainian economy and international trade  and sugar beet production .

Based on November 2020 data, 4,921 schools are located in affected oblasts and 1,119 schools in direct conflict areas.

To inform humanitarian actors, REACH launched a Humanitarian Situation Monitoring initiative across conflict-affected settlements and in areas hosting internally displaced persons (IDPs). After a baseline round of data collection, REACH launched a second round of data collection, focused specifically on conflict-affected areas in the East and South, as well as a selection of IDP-hosting settlements along evacuation routes or in key arrival hubs.

The key challenge of the refugee response is to understand where refugees are, where are they planning to go and what are the immediate solutions they have to in terms of protection (documents), shelter, and other basic needs such as food, water and also communication means and access to information.
More than 100 border points are monitored across Western Ukraine through a biweekly data collection through 4 teams posted in Poland, Romania and Moldova.

To understand the drivers of displacement and intentions of those who left Ukraine, interviews were conducted with people crossing from Ukraine into Poland, Slovakia, Hungary, Romania and Moldova from 28 February to 18 April.

REACH monitors short and medium term accommodation solutions (collective shelters) and their suitability to host refugees for several days and weeks. This is done by mapping collective centres and assessing capacities and availability of basic services in the centres to support humanitarian agencies respond to their needs. 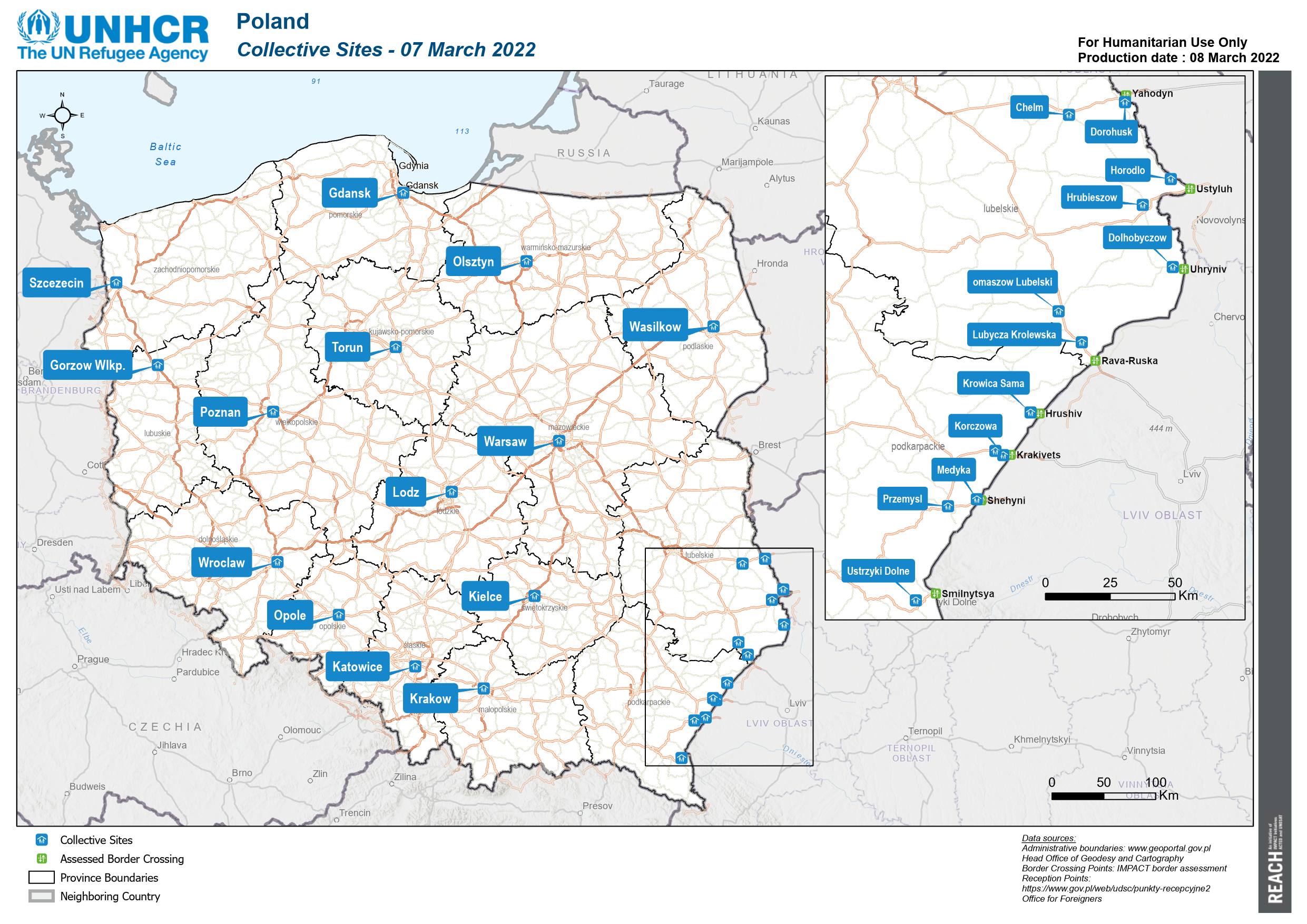 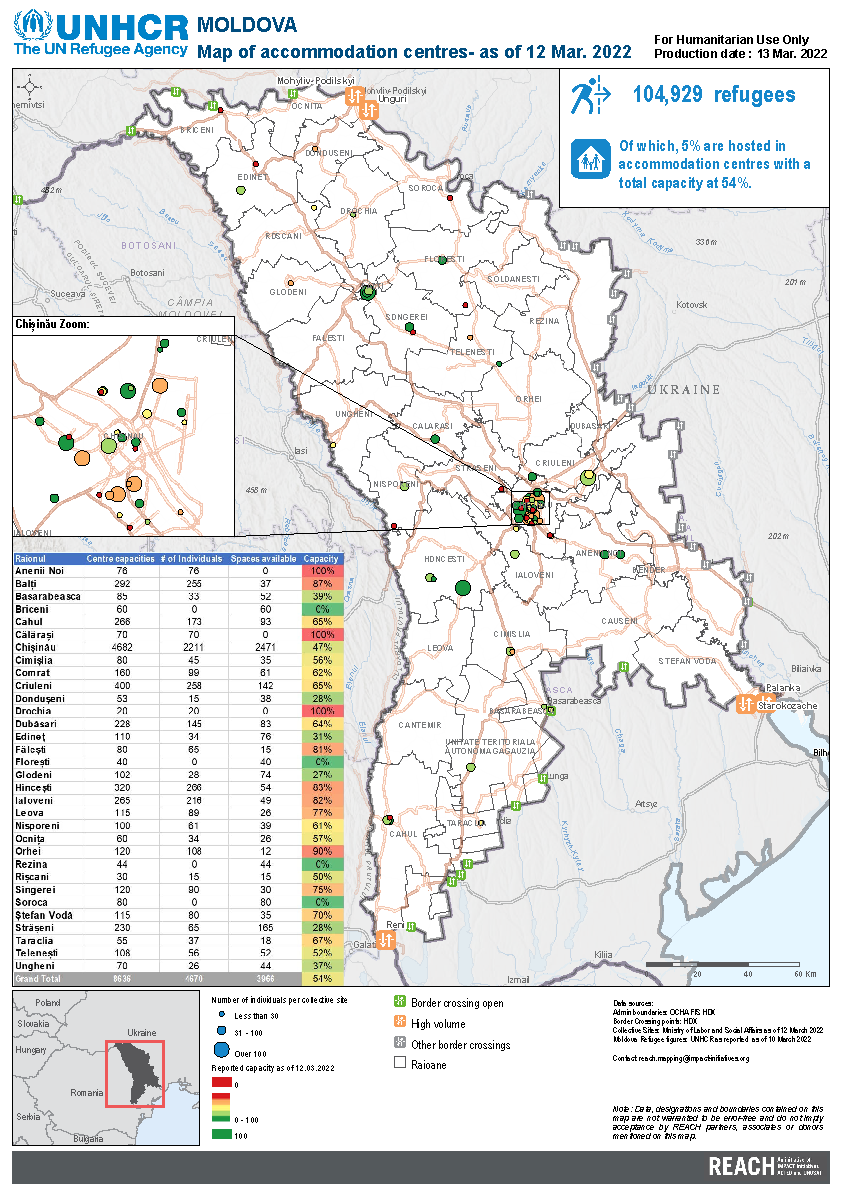 Understanding situation and aspirations of refugees over their time of displacement

IMPACT is conducting a longitudinal study of cross-border movements, exploring the experiences and needs of displaced refugees with the aim to inform (1) humanitarian and government responses in the immediate and mid-term and (2) advocacy through human interest stories and following children’s journeys over time (3) return intentions and planning when conflict ends and the situation allows.

Two briefs on the stories of the displaced from Ukraine – one about their displacement and about their perspectives two weeks on – have been published to inform on the situation of people who have left Ukraine and their intentions and aspirations as the situation in Ukraine develops.

Prior to the generalization of conflict on February 24th, IMPACT had been working in Ukraine since 2014 to support humanitarian response in the East of the country, as well as supporting disaster preparedness and planning throughout Ukraine. Find out more about our past research – Ukraine | REACH Resource Centre 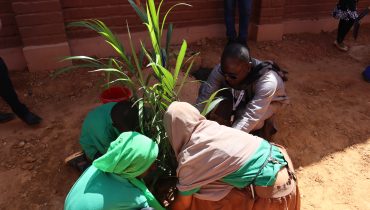 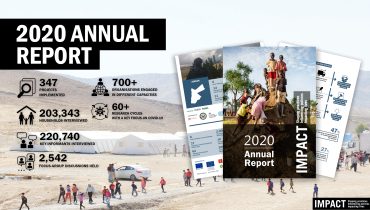